American Rock Climber Brad Gobright Has Died After A Fall In Northern Mexico.

American rock climber Brad Gobright has died after a fall in Northern Mexico. It is a public secret that rock climbers always have to risk it all in chase of a passion that’s deeply rooted in them than anything you’ve ever imagined in the world and that’s the exhilarating feeling of freedom gained after a challenging climb either in a free solo or abseiling or rappeller mode.

It’s because of this burning passion that can’t easily be satisfied or quenched by a simple hiking challenge that they have always dared to do what to many seems quite simply impossible. In so doing, many of these guys have paid the ultimate price which is losing their lives while attempting to rapell or try a free solo on a cliff that is almost a flawless and smooth as a baby’s skin.

Today I write this article deeply saddened by the death of one of the greatest hikers the world has ever had, Brad Gobright. Brad met his death doing what he knows best and that’s to climb rock edges. He died on Wednesday at Sendero Luminoso in El Potrero Chico, the nation’s civil protection agency said. At the time of his death, Brad Gobright was with his friend and fellow climber Jacobson simul- abseiling or rappelling (as the Americans call it) in El Potrero. Simul-abseiling is a rock climbing technique used when 2 climbers descend a rock cliff using the end strands of a rope that has been anchored and their own body weights acting as counterbalances to each other. 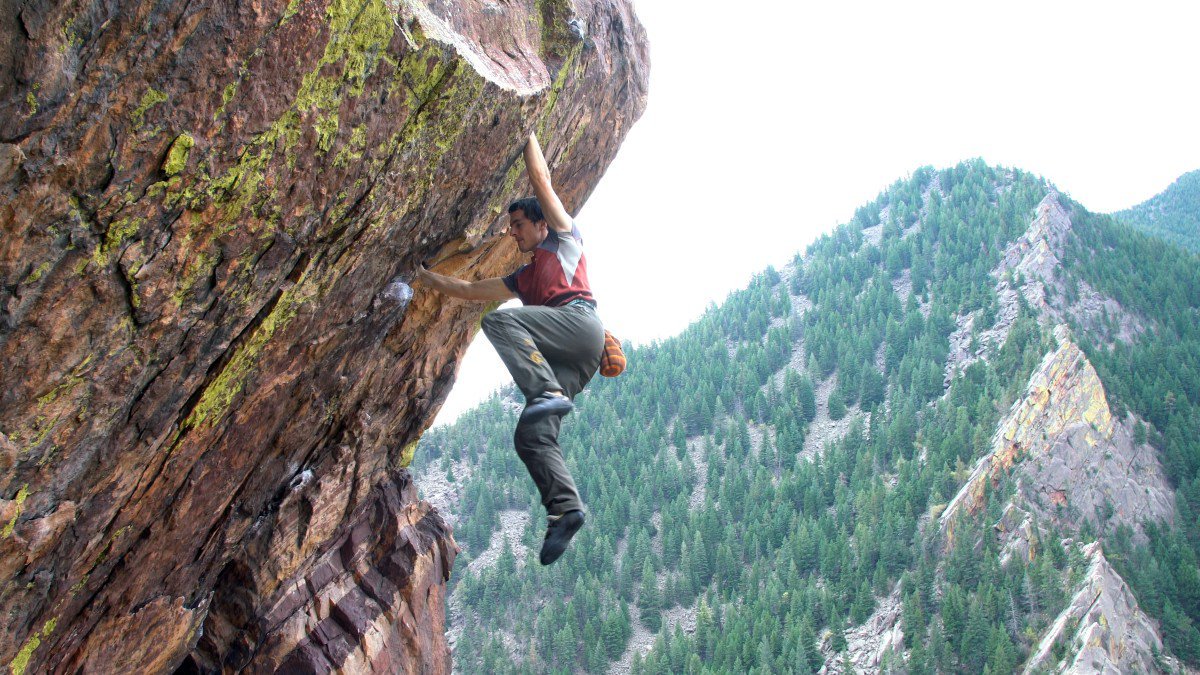 Jacobson said we started rapping, I was a bit above him, I was on the left. He (Brad Gobright) on the right. All of a sudden I had a pop, and we started dropping. It was basically a blur, he screamed, I screamed, I fell through vegetation all I could remember is seeing his blue Gramicci shirt bounce off the edge of a cliff before falling almost 985meters below to his death

Jacobson crashed into a bush, which broke his fall and stopped him from tumbling farther. “It pretty much saved his life,” the friend, Ryan Borys, said. Jacobson told him he saw Gobright fall past him and over the ledge.

Rescuers retrieved his body Thursday and Jacobson was treated for the injuries he had sustained to his ankle and other parts of his body.

The State Department confirmed Gobright’s death in Mexico. “We offer our sincerest condolences to his family on their loss. We are closely monitoring local authorities’ investigation and are providing all appropriate consular assistance. Out of respect to the family during this difficult time, we have no further comment,” it said.

Ever since the news about Brad’s death broke out, heartfelt condolences have been pouring out on social media as well mainstream media channels to the family of Gobright especially form his fellow climbing partners, friends and the climbing fraternity world over.

Axel Hannold, who was the major focus in the Free Solo an award-winning documentary in which Brad also featured paid tribute to brad in an Instagram post in which he said

“He was such a warm, kind soul – one of a handful of partners that I always loved spending a day with,” he posted. “… I’m just sad for Brad and his family. And for all of us who were so positively affected by his life. So crushing. Brad was a real gem of a man. The climbing world lost a true light.”

Alice Hafer, one of Gobright’s climbing partners, described her shock at news of his death.

“He had a magic about him on the rock, unlike anyone I’ve ever met,” she said. “He was so supportive and encouraging, always pushing me harder and believing in me. I can’t believe that not even a few weeks ago he was sitting next to me as we drove home from Arizona. I’ll cherish those moments always.”

A preview of Brads climbing prowess

Born in Orange County California, United States, Brad began climbing as early as 6 years and in 2009, he dropped out of college to fully concentrate on rock climbing. He managed to survive by doing several odd jobs especially during winter and then engaged in all sorts of rock climbing for the remaining part of the year. 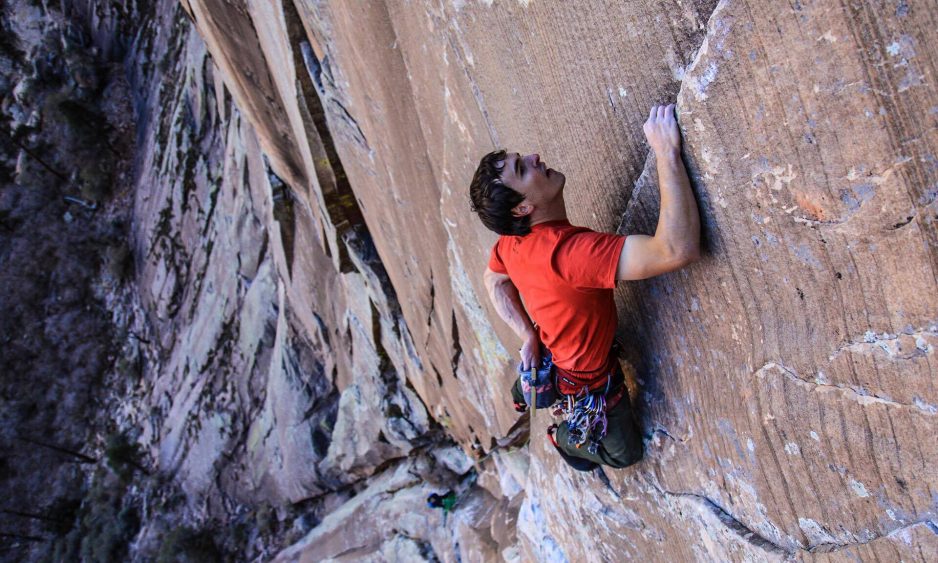 In 2015, Brad and Mason Earle made the first free ascent of the Heart route on El Capitan in Yosemite National park in the United States of America. The following year of 2016, Gobright was back to El Capitan again this time around with another climbing partner Scott Bennet and they managed to climb 3 different routes of the rock namely Zodiac, The Nose and Lurking Fear and they did it in a record 24 hours. Brad wasn’t finished yet with El Capitan because in 2017, he returned to El Capitan with Jim Reynolds and together they managed to climb the rock’s Nose route in a record-breaking time of 2 hours, 19 minutes and 44 seconds.

A few months back in June 2019, together with another rock climbing god Alex Hannold, he made the second free ascent of El Niño on El Capitan in fourteen-and-a-half hours.

Uganda is a country that isn’t only gifted with a diverse wildlife but also landscapes and you can definitely enjoy a fun time with a safari Uganda to Sipi falls in eastern Uganda district of Mbale. A  short Uganda safari or short tour Uganda to these iconic falls gives you an opportunity to come face to face with a vertical cliff of about 80 meters giving you an opportunity to have a thrilling abseiling experience. If you are still in need of more blood rushing extreme sport activities, you can definitely make a Jinja source of the Nile tour following 1 day Jinja city tour or Jinja day tour and this give you an opportunity to engage in any of the numerous extreme sport safari activities at Jinja source of the Nile which include bungee jumping, white water rafting, horse riding, quad biking and kayaking.

If you are a person with a big appetite for scaling mountains, Uganda offers you the best opportunity to engage in an epic Rwenzori hiking safari experience that comes with minimal crowds. Uganda is also home to 2 towering mountains which are Rwenzori mountain in Mountain Rwenzori National Park and this is the 3rd highest mountain on the African continent with an elevation of 5109m, Mountain Elgon at 4321m above sea level, 3 of the 8 Virunga ranges found in Uganda and the forever intriguing Kigezi highlands will excite you on your tour Uganda to Kabale district.

Congo as well is another gorilla destination and we have numerous Congo gorilla safari packages that will take you on a Congo gorilla tour adventure to either Virunga National Park for an encounter with mountain gorillas or Kahuzi Beiga National Park where you will encounter Eastern lowland gorillas. Besides gorilla safaris and wildlife encounters in Uganda, you can still explore Uganda’s diversity using any of our wide range of day trips that visit other sites that are near the capital city Kampala or Entebbe international airport such as a Mabamba birding day trip to Mabamba island Kampala city tour day tour Jinja day tour and 1 day Ngamba island chimpanzee safari. Check out our great east Africa safari to such as Kenya safari tours and Tanzania safari tour that take you on an Africa wildlife safari adventure to Kenya and Tanzania respectively.

Here are some of the best selling Uganda safari packages