Rwenzori Hiking Adventure Gives You a Thrilling Hiking Challenge Without Comprising Your Safety. Mountain trekking world allover is a challenging adventure but climbing enthusiast live and breathe the thrill of scaling the top of mountains so as to be able to view the world from a vantage point. Scaling, some of these mountains is highly physically and emotionally draining adventure given the rather gruesome weather conditions that are experienced at these astronomical heights of many of these top mountains around the world. However, to climbing fanatics, summiting the top of these mountains is always a worthwhile tradeoff for the challenges encountered.

Everest is one of those mountain peaks that you really shouldn’t be tried by anyone who is still an amateur in the mountain hiking world because, with all its beauty and glorious heights it is a death trap that’s so lethal if not carefully  executed, you may fail to make it back to the starting point. 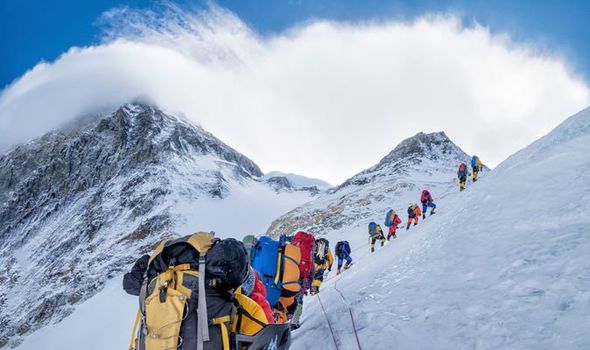 However, this doesn’t mean that whoever attempts to summit Everest won’t make it back quite the contrary to that because we have seen several people make successful attempts to hike the Everest. As of recent Nirmal Purja managed to set a world record by summiting all the 14  mountain peaks that are over 8000m above sea level which are part of the Himalayas mountain complex where Everest is part. Nirmal Purja managed to climb all these peaks in a record time of 6 months and 6 days beating the previous world record of 10 months and 6 days.

Nepal is home to 8 of the 14 peaks that are over 8000m with Pakistan being home to 5 of these and China having 1 of the 8000ers peaks which makes Nepal a favourite destination for hikers trying to summit this rooftop of the whole world. This is further confirmed by Nepal’s government issue of a record 381 permits this season alone. With all these peaks it isn’t surprising that most of the fatalities of climbers summiting Everest have occurred in Nepal.

Earlier this year, at least 11 people died or went missing on Mount Everest. Nine of the deaths occurred on the Nepali side of Everest and two on the Tibetan side, with four of them, blamed on overcrowding. Overcrowding usually may lead the hikers a possibility to lack enough oxygen on their descent which vital for sustaining their breathing rate while on the mountain. There is also a lack of concentration by the hikers especially as they descend back to the start point since they have already achieved they ultimate goal which is to reach the mountain top.

In order to avoid such calamities on a mountain that’s so famous, the Nepalese government constituted a panel of various stakeholders of the Everest mountain including government officials, climbing experts and climbing community agencies. This panel was tasked to come up with measures that can help avoid fatalities on the mountain in future.

After consultations, the panel released its report which proposed a number of stringent measures to be adapted by the various stakeholders in especially the hikers who take on this challenge of summiting Everest 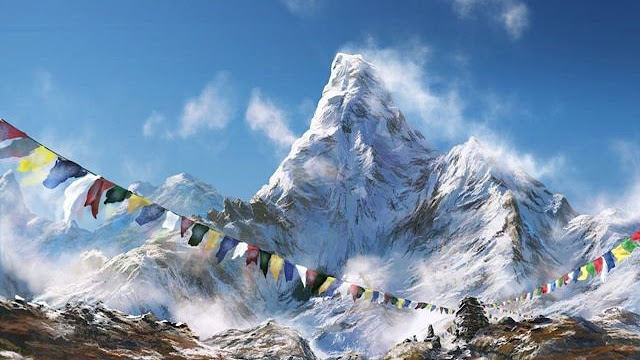 Its report also proposes that applicants must already have climbed a Nepali peak of at least 6,500m (21,325ft). They should also have to provide a certificate of physical fitness and employ experienced guides.

“We will take this forward by amending the laws and regulations. We will make our mountains safe, managed and dignified,” Tourism Minister Yogesh Bhattari told reporters.

Where else to enjoy an epic hiking adventure?

If you’re a hiking fanatic who doesn’t have the budget to meet the hiking price of Everest or who hasn’t attained the experience required to hike Everest, you really don’t need to give up your hiking dream altogether because their east Africa is home to numerous mountains that are pretty high and are can easily be hiked

An Africa hiking safari in Uganda gives an opportunity to summit the famous Rwenzori mountain. A Rwenzori mountain climbing safari trip takes you to an astronomical height of 5109m above sea level which is attained when you are at the summit of Margherita peak. This Rwenzori mountain hiking adventure gives you the bragging rights as you have made it to the third-highest point on the African continent only behind to mt. Kenya and mt. Kilimanjaro. 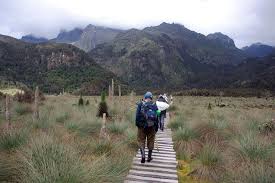 With all these variations in temperature and vegetation, besides the vegetation types mt Rwenzori is still a sanctuary for a variety of wildlife hence you still have an opportunity to encounter 70 mammal species on your Rwenzori mountain hiking safari trip, other Uganda safari attractions in Rwenzori National Park include 217 bird species with 19 Albertine rift endemics not forgetting the Bakonzo people that are found on the lower slopes of these Rain Making mountain or Ruwenzururu as referred by the natives here

A good Rwenzori hiking safari can’t really be achieved in a single day hence if you are in for a long climb of the Rwenzori lasting between 4-9 days, you really need to plan for an overnight stay in any of the accommodations in Mountain Rwenzori National Park as you get yourself ready for this hiking expedition. Mountain Rwenzori National Park has got all your lodging needs sorted with the presence of several accommodation types being present here.

In Kenya, an Africa hiking adventure leads you to Mount Kenya national park. Mount Kenya rises up to the height of 5199m or 15057ft above the sea level making it the second-highest mountain on the African plains.

In Tanzania, you can ably have a hiking experience as you summit the incredibly beautiful mountain Kilimanjaro which stands at 5896m or 19341ft above sea level making it the rooftop of Africa as this is the continents highest elevation point. 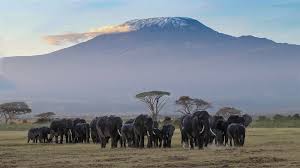 What Kilimanjaro offers more than Uganda’s Rwenzori National Park or Kenya’s Mount Kenya is that it can give it combines an African wildlife safari experience as the mountain block is located at the base of savanna plains which are filled with animals such as elephants and buffaloes.

However, Rwenzori, on the other hand, gives you an opportunity to scale many ranges along your way to the top since its composed of various ranges, unlike Kilimanjaro which is a single mountain block. What else to do on your Africa hiking trip?

The other experience you shouldn’t miss out on while in the east is an Africa gorilla tour experience. This can be gotten by visiting gorilla destinations which include Uganda, Rwanda and Congo